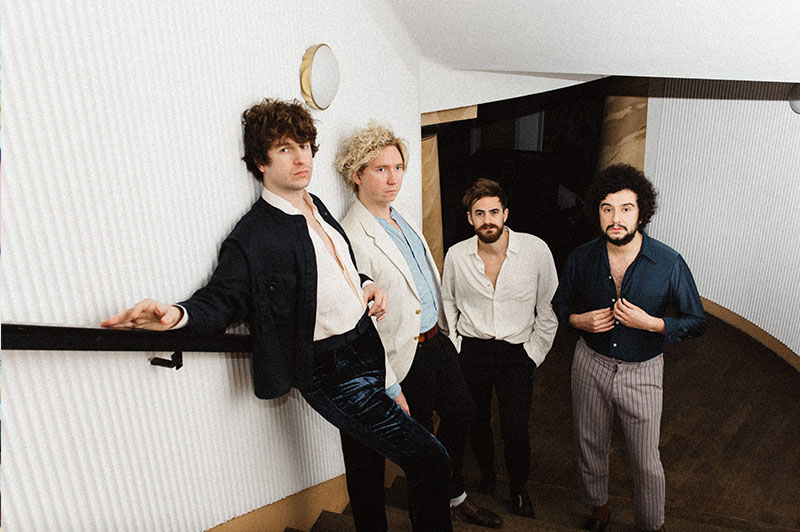 Fresh from making its highly anticipated return earlier this year, Grapevine Gathering returns with a corker of a lineup.

Grapevine Gathering is back for 2022 and has just unleashed an impressive lineup for its forthcoming festival, which will be returning to Victoria, New South Wales and Western Australia this October, as well as expanding to Queensland and South Australia.

Brought to music lovers thanks to the Untitled Group (the same organisers of Festival Beyond the Valley, Ability Fest, For The Love, Pitch Music & Arts, Wildlands, and more), Grapevine Gathering will be offering up a myriad of the ripest local talent as it takes to five of the best wine regions around Australia this October.

Leading the lineup is none other than UK indie pop favourites The Kooks. Celebrating the 15th anniversary of their debut studio album ‘Inside In/Inside Out’ – an album that has cemented itself as a staple indie soundtrack to a whole generation of young people – this will be The Kooks first trip to Australia since 2018 when they headlined Beyond The Valley in Lardner Park.

AIf that wasn’t enough rieslings to go, lovable Instagram celebrities and all-round legends ‘The Inspired Unemployed’ will be hosting Grapevine Gathering at all 5 shows, performing changeover DJ sets, and various other shenanigans. The duo started their Instagram account during COVID out of boredom sharing hilarious skits and videos. They now have millions of followers, have quit their day jobs as tradies, and have collaborated with the likes of Vogue, GQ and Louis Vuitton. 100% worth a look if you’re not all over it.

If that’s not a good enough Riesling to head along (oh yes we did), the festival will also host a huge selection of wine, craft beer, cocktails and an array of eats from their respective regions. Located in the picturesque wine regions, partygoers will be treated to lush vineyards, rolling lawns and world-class wine in what promises to be a festival to remember.