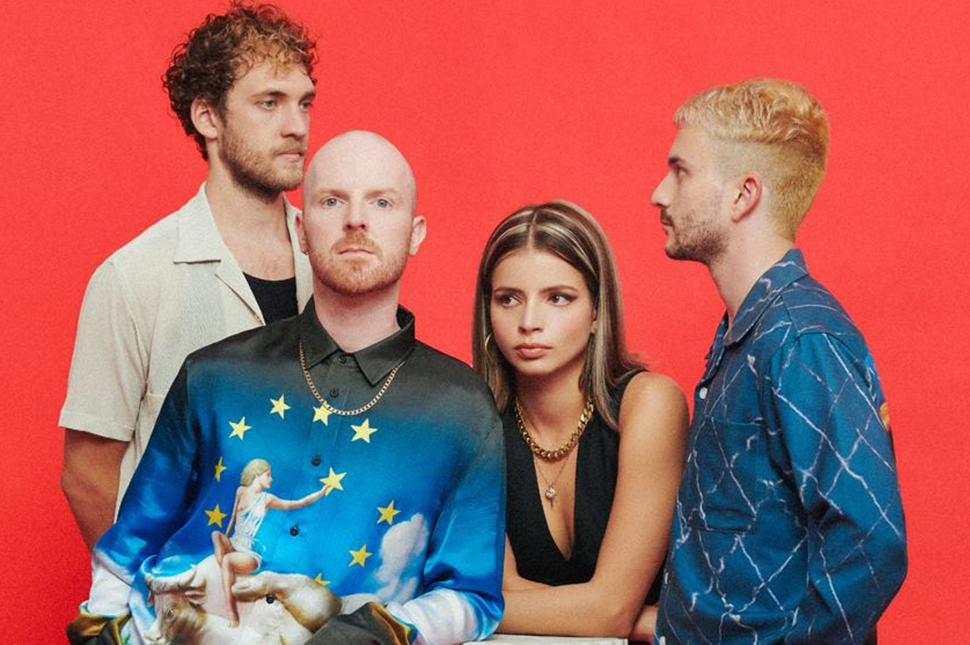 Update: The Jungle Giants have been forced to postpone their Australian album tour from September to November and December. View the full details in music news.

Live celebrations for the band's fun, sassy #1 album have been pushed back to November and December.

Not gonna lie, a new album from The Jungle Giants has been top of our wishlist ever since 'Heavy Hearted' stormed in at #8 of the Hottest 100 of 2019. Actually, scratch that, we've been dreaming about it ever since their third album Quiet Ferocity dominated the countdown in 2017!

Well, the wait is nearly over, because The Jungle Giants have locked in Friday 23 July as the release for their fourth studio album, titled Love Signs.

The record will feature the monster tracks 'Sending Me Ur Loving' (#8 in the Hottest 100 of 2020), 'In Her Eyes', 'Treat You Right', and the aforementioned 'Heavy Hearted'. If the rest of the record can maintain the same high standards - re: idiosyncratic dance music with thick grooves and an indie rock attitude - you just know it's going to slap.

If that news wasn't already enough to get us excited (it is!), then how about a national tour? Taking their bangers around the country from September, The Jungle Giants will be joined by Bag Raiders. The 'Shooting Stars' meme lords will get the party started with a warm-up DJ set.

Tickets go on sale 1 June, 9am but there's pre-sales kicking off as early as 28 May. Find more info here and dive into the dates below.