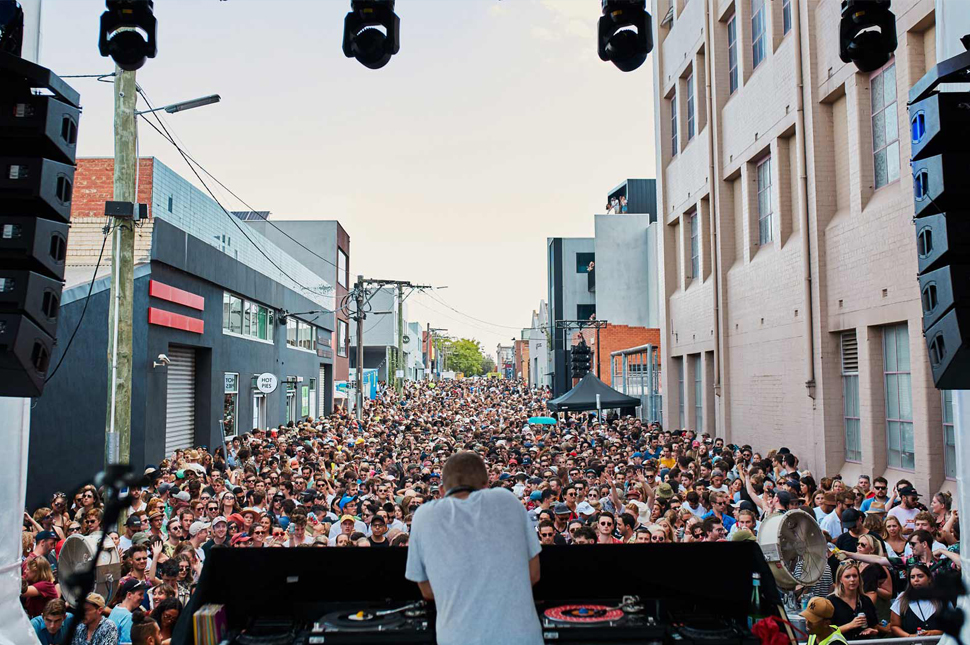 ‍A rollicking, tune-filled block party in Abbotsford from the folks behind Beyond the Valley and Ability Fest.

One balmy day next summer, a normally quiet pocket of Abbotsford is set to come alive when it plays host to a rollicking, tune-filled block party.

Originally slated for November 2020, then postponed till Saturday, December 4 2021, Duke Street Block Party will return for a second year, this time taking over not only its namesake street but also Bond Street and Southhampton Crescent. So, there's much more room for dancing.

Resident businesses will be opening their doors for a series of one-off activations again, too, including Moon Dog Brewery.

Meanwhile, touring agency Crown Ruler, PBS 106.7FM and Melbourne collective Untitled Group — the peeps behind Beyond the Valley, Pitch Music & Arts, Ability Fest — are teaming up to deliver what's set to be one heck of a music lineup.

So far, they've lined up Jamaican dancehall pioneer Sister Nancy, who's set to head Down Under when, fingers crossed, international borders reopen. A heap more artists are set to be added over the coming months, with the original lineup including Detroit techno producer Theo Parrish, Mella Dee, Anastasia Kristensen and Mwanje Tembo, as well as local favourites Cassettes For Kid, Lord Echo and Wax'o Paradiso.