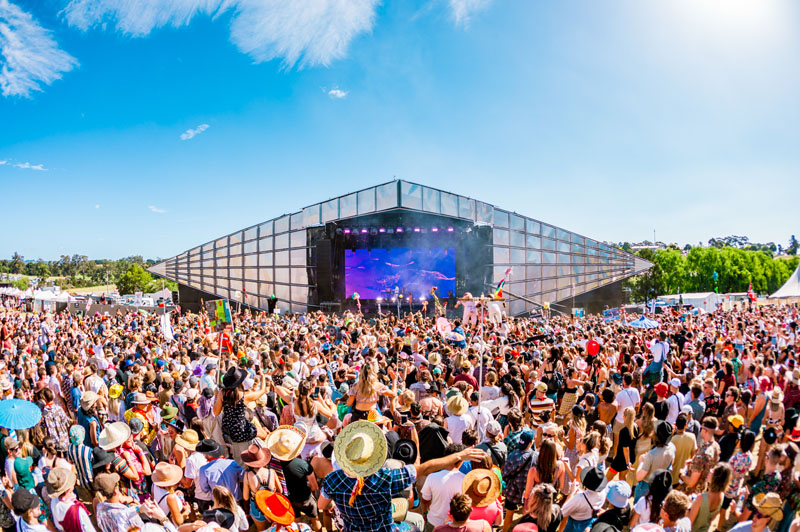 Beyond The Valley will return as a 4-day camping festival this New Year’s Eve, taking place from 28th December 2022 - January 1st 2023.

Round up your festival crew, the Beyond The Valley summer festival comeback has arrived with the beloved New Year’s festival set to return this December for the festival’s seventh NYE edition.

Taking place between the 28th of December and the 1st of January, Beyond the Valley will once again be hosting an array of cutting-edge musical lineups and incredible festival experiences, ensuring you roll your way into the new year in the best way possible.

Keep up with the latest music news, festivals, interviews and reviews here.

Created by Untitled Group back in 2014, the largest independent music promoter in Australia and the masterminds behind festivals such as Pitch Music & Arts, Grapevine Gathering, Wildlands, For The Love, Ability Fest &x more, BTV has featured the likes of RÜFÜS DU SOL, Tyler The Creator, The Kooks, Joey Badass, Bonobo, Jamie XX, Chance The Rapper, SchoolboyQ, Honey Dijon, Kaytranada, Stormzy, Mura Masa & many more. The 2019 camping edition sold out instantly.

Beyond The Valley’s meticulous attention to production, arts, decor and theming to compliment their world-class lineups has gained it much popularity and praise. Over the last seven years it has grown to be one of Australia’s largest music & camping events and a New Year’s ritual for many.

Last year the festival pivoted from a camping festival to a two-day inner-city event at the Sidney Myer Music Bowl, to accommodate for covid restrictions, and unsurprisingly, it was a roaring success.

Arriving alongside the news of its return, the BTV team has released a video on their social media pages today with Bicep’s “Glue” as the background song. Take from that what you will…